A joint press release between I-MAK, DNP+ and MSF Access Campaign on challenges to patents (patent oppositions) was filed in India on key hep C drugs sofosbuvir, daclatasvir and velpatasvir. 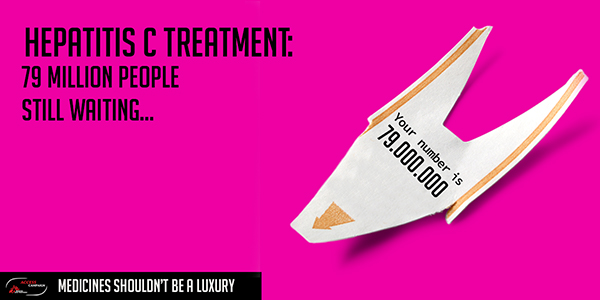 New Delhi/New York, 14 February 2017–Five new challenges against patents on crucial new medicines to treat hepatitis C filed in India and Argentina are the latest in a global push to ensure access to affordable treatment. The patent challenges could remove barriers to production and distribution of affordable generic versions of direct-acting antiviral (DAA) medicines, including sofosbuvir, daclatasvir and velpatasvir.

Today in India, the Initiative for Medicines, Access & Knowledge (I-MAK) together with the Delhi Network of Positive People (DNP+) and supported by Médecins Sans Frontières (MSF), filed four cases: two patent challenges on daclatasvir, one on velpatasvir and a further challenge on sofosbuvir.  Separately, in Argentina, Fundación Grupo Efecto Positivo (FGEP) filed a patent opposition on sofosbuvir with support from I-MAK.
Today’s filings are the latest attempts to overturn the abusive strategies of pharmaceutical corporations like Gilead who exploit the flaws in the patent system to obtain unjustified patents that block generic competition.
“80 million people worldwide are living with hepatitis C, and we need a wide range of combination treatments available at an affordable price. With patents blocking generic competition, treatment remains prohibitively expensive in many countries,” said Jessica Burry, pharmacist for MSF’s Access Campaign. “Sofosbuvir, velpatasvir and daclatasvir are all crucial to our line-up of first line treatment options that cure people of hepatitis C and stop the progression of liver disease.”
Patents on drugs not only prevent affordable generic versions from being produced or imported, but also restrict progressive innovation that could otherwise benefit patients. More than a decade ago, patent barriers were overcome to allow generic competition of antiretroviral (ARV) drugs, used to treat HIV, causing prices to drop by 99% and enabling more than 18 million people to access treatment today.  The lack of patent barriers also enabled generic pharmaceutical producers to develop improved ARV combination treatments and new formulations to serve unmet patient needs.
There are multiple patent barriers that prevent the manufacture or importation of low-cost, quality DAA medicines, particularly in high- and middle-income countries.  Patent challenges – or patent oppositions as they’re more commonly known – are one strategy to open up access to millions of people left without affordable treatment options, after other strategies to directly engage pharmaceutical corporations have largely failed.
“Together with civil society groups, we have filed legal challenges on multiple invalid patents on three different hepatitis C drugs,” said Tahir Amin, Director of Intellectual Property for I-MAK. “It is time to challenge the unchecked power that pharmaceutical corporations hold through abuse of the patent system.”
People living with HIV, in collaboration with health organisations and legal aid groups, have already filed challenges to ‘evergreening’ patents on the drug sofosbuvir in several countries. ‘Evergreening’ refers to the practice of filing additional patents to extend the length of monopoly control over a product, and these challenges have successfully reduced the length of the monopoly for sofosbuvir in the EU and revoked a key patent on sofosbuvir in China and Ukraine. Decisions on challenges to sofosbuvir patents are pending in other countries, including Argentina, India, Brazil, Russia and Thailand.
“By systematically applying pressure to remove patent and regulatory barriers that stand in the way of production of more affordable generic versions of direct-acting antiviral medicines used to treat hepatitis C, civil society and vulnerable communities have already supported the introduction of generic competition in India and Egypt, where prices dropped to below USD $300 per 12-week treatment last year,” said Leena Menghaney, Head of South Asia for MSF’s Access Campaign.  “But the benefits of these price reductions are not available to all those who need treatment, particularly those people living in middle-income countries with high burdens of hepatitis C.”
Egyptian and Indian generic suppliers face multiple intellectual property barriers in the registration and export of DAA medicines to several middle-income countries. While licensing deals struck between Indian generic companies and pharmaceutical corporations enable access to lower-cost medicines for India and least-developed countries, by far the greatest burden of hepatitis C disease is found in middle-income countries.  Many of these countries, including China, Ukraine, Thailand, Malaysia and Brazil, are excluded from licensing agreements that could enable importation of raw materials (active pharmaceutical ingredients, or APIs) or finished formulations of DAA medicines.
“Despite the deadly toll of the hepatitis C epidemic, Gilead and Bristol-Myers Squibb still have far too much control over who can access their lifesaving DAA medicines, and the lack of access is ultimately costing people their lives,” said Loon Gangte, Regional Coordinator, International Treatment Preparedness Coalition-South Asia and Founder of DNP+. “Millions of people in India can’t afford the generic treatments strictly licensed by Gilead and BMS, and millions more people in high- and middle-income countries can’t legally purchase the generic medicines currently being produced in countries like India and Egypt.  We need a sustainable supply of low-cost, quality hepatitis C medicines to save lives and contain the disease in all countries.”

Gilead has licenced sofosbuvir and velpatasvir to 11 generic manufacturers in India, but the number of countries able to access these generic versions represents only half the global burden of disease. A detailed analysis of the licensing agreement is available here: https://msfaccess.org/content/msf-analysis-gilead-hepatitis-c-license-march-2015

Egyptian companies were not included in any licensing deals and have freedom to operate and supply low cost generic DAAs where there are no granted patents. Once patents are granted in a country, they have a chilling effect on the introduction of more affordable DAAs that are essential to create universal access to the cure for hepatitis C.

In India, two cases challenge the crystalline forms of sofosbuvir and daclatasvir and should be rejected for not being in compliance with Indian law.  India’s law recognizes that crystalline forms of known medicines are not inventions and should not be awarded patents. This approach was confirmed by the Indian Supreme Court on 1 April 2013, which refused a patent by holding that a crystalline form of a known pharmaceutically active compound cannot be regarded as involving an inventive step.

A critical third opposition shows that the patent on velpatasvir is an obvious structural change to an earlier hepatitis C drug, ledipasvir.  This is a classic example of Gilead gaming the patent system in order to strengthen its control on the hepatitis C market. The fourth opposition also seeks to open up the supply of raw materials from India by challenging the patent on the intermediate form of daclatasvir.

In Argentina, people living with HIV have challenged the patent on sofosbuvir in light of evidence that discloses substantially similar antiviral compounds for treating hepatitis C. Civil society has a strong case as Gilead has also failed to fully disclose/describe the invention claimed in a sufficient manner, a requirement of patent law that is often ignored by pharmaceutical corporations.

Copy of these patent oppositions filed in India are available on Patent Oppositions Database (an online platform that provides support, information and collaborative tools for groups and individuals wanting to challenge patents on medicines) and can be accessed using the following links: 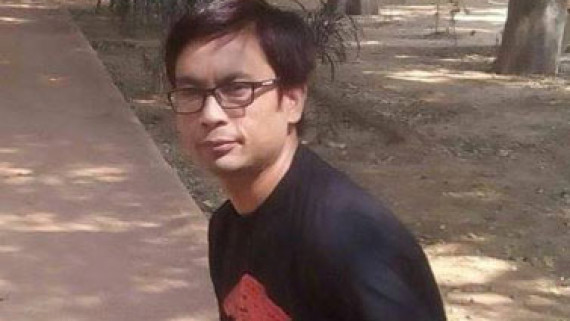 The use of generic DAAs for hepatitis C treatment, Freeman et al 2016

Updated WHO screening, care and treatment of persons with hepatitis C infection_ April 2016.

Part 1: What is hepatitis C and how is it diagnosed?